Herbal remedies that promote sleep and help alleviate insomnia have become increasingly popular over recent years, and for good reason. Various new research has shown that some herbal remedies are just as effective (if not more so) than their traditional counterparts, but with much fewer negative side effects.

In this article we will take an unbiased look at the facts of herbal sleep aids, identify the various forms of herbal remedies, and find out which specific herbs work best.

Lavender, jasmine and hops induce sleep by their smell, by either smelling the herb directly or by use of its essential oil through aromatherapy.

A range of scientific studies have shown that lavender helps people to fall asleep faster, and also sleep deeper. The deeper you sleep, the less likely you are to wake up in the night and the less hours sleep you need to wake up refreshed.

The effectiveness of lavender is not just because of its relaxing scent, but because it’s sedative effects on the body’s limbic system, making us feel more relaxed and sleepy.

While Lavender has had the limelight for many years as the ultimate sleep herb, it has been recently upstaged by jasmine. 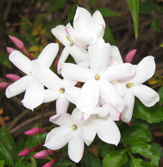 In a similar experiment to the one above, participants slept in three rooms, one scented with lavender, one with jasmine, and another room that contained no scent. The participants who slept in the jasmine room were reported to have slept more peacefully than the other two rooms, and performed better on cognitive tests taken that afternoon, showing an increase in alertness.

The effect of jasmine is believed to be due to a chemical called linalool, which has been shown to reduce stress.

Another piece of research concluded that jasmine is just as calming as the popular sleep aid diazepam (AKA valium), but with none the negative side effects. The side effects of diazepam are similar to that of other sleep medication, which include: 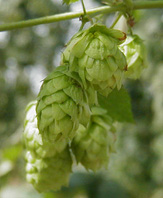 The history of hops as a sleep aid may go as far back as medieval times. Hops are the main ingredient of beer and often farmed commercially for the purpose of beer production.

Folklore tells stories of hop farmers tiring out a lot faster than other farmers and sometimes even falling asleep on the job.

Modern science has found this effect to be caused by a chemical within hops called dimethylvinyl carbinol, which produces a sedative effect.

Hops are rather unstable when exposed to light or air and tend to lose their potency after just a few months in storage, so using hops as a sleep aid is best done only if you have a fresh source, as opposed to buying hops without knowing how fresh they are.

Where to use aromatherapy & herbal scents

Ways to use these herbal scents as a sleep aid include:

Just make sure the scent is derived from the actual herb and not a similar smelling artificial chemical. It might smell the same, but it won’t have the same effect.

Just as you can take an Aspirin dissolved in water, you can also take herbal sleep aids in this form, commonly as a warm tea. Taking herbs as a tea provides both the effects of smelling the herb and of ingesting the herb as you would with regular herbal medication.

Chamomile is one of the most popular herbal teas, and is readily available in many countries. Chamomile is a mild sedative that helps you relax and unwind when drank in the evening before bed.

Research has shown chamomile to display no evidence that it alone can help against chronic insomnia, but it has been shown to ease stress and anxiety so it may help you get a better night’s sleep if you have trouble relaxing before bed.

There are many other herbs that can be taken as teas, but the taste and therefore the desirability does vary.

Jasmine is sometimes available as a green tea, although be aware that green tea does still contain caffeine, albeit less than regular tea and much less than coffee.

I have heard that lavender tea is available in Germany, but it’s not something I tried so I don’t know how it tastes. There are many herbal tea recipes on the Internet and herbs are readily available to purchase, so you can make your own herbal sleep remedy if you’re feeling adventurous. Make sure you only buy herbs that are suitable for consuming. There are many varieties of lavender for example, and not all forms are suitable for consumption.

Herbal tablets can be bought over the counter at many health stores. Passion flower and valerian are two of most effective sleep herbs. Herbal medication is sometimes comprised of one herb but it is often a blend of many herbs.

It’s always a good idea to take a look at the ingredients of any herbal medication to make sure it contains only the most effective sleep herbs, and not just a combination of the not so effective but cheaper to produce herbs.

The first documented use of passion flower was by the Aztecs who used it as a sedative. Since then it has had a long history of use by the Native Americans and continues to be used to this day to treat anxiety and insomnia.

One scientific study concluded that passion flower works as well as oxazepam (marketed as Serax), a popular prescription sleep aid, mainly given to people who have problems staying asleep rather than falling asleep, due to passion flower’s slow onset of action. The report also showed that taking passion flower instead of oxazepam resulted in fewer short term side effects, although further research is needed to properly compare the long term side effects.

Valerian is a clinically proven herbal sleep aid, first identified for its sedative effects around 400BC by Hippocrates, an Ancient Greek physician. 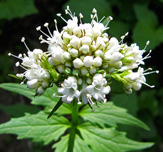 Valerian is notoriously smelly, so it is often taken in tablet form although it can also be made into a herbal tea.

Studies have shown valerian to be most effective at helping people first fall asleep at night, although it has also shown positive results with helping people stay asleep the whole night.

There is some question whether or not Valerian needs to be taken for a number of weeks to work. This was previously the common belief, but Valerian has been shown to work immediately for some people, challenging this idea.

One study showed that valerian has a balancing effect, where by it stimulates fatigued people, but also sedates an agitated person. So if you feel very tired but still can’t sleep, valerian may actually make you feel more awake, but it would help someone with racing thoughts who just can’t seem to relax.

Along with treating insomnia, valerian is also used to treat restlessness, anxiety, and as a muscle relaxant.

Passion flower and valerian are the most popular herbal sleep remedies, but there are many herbs that are used to treat depression and anxiety that could also help people fall asleep. These include:

A word of caution when using herbal sleep aids

It’s worth mentioning that although herbs are often marketed as safe natural products, herbs can still be very powerful.

Cannabis for example is a herb, and it is illegal in many countries with recent research showing a permanent drop in IQ for those who take it during their teenage years because it hinders brain development.

The herbal sleep aid kara-kara has developed a bit of a bad reputation because it has become linked to liver disease with some users having to undergo liver transplants, although scientists have yet to show that Kara-kara is directly to blame.

Some herbs can interfere with other medication, and others (such as chamomile) are not recommended during pregnancy or when breast feeding.

Another concern is that herbal medication is sometimes combined with synthetic chemicals such as Melatonin, but still marketed as a herbal remedy.

Herbs are wonderful alternatives and often don’t carry the same nasty side effects of other medication, but make sure you fully understand what you are taking. Read the ingredients carefully to see what the herbs are combined with. If in doubt, ask your doctor if taking herbal medication will interfere with any other medication or ailments.

It’s also worth noting that, just like traditional sleep medication, herbal medication are not a silver bullet, but they can have a marked improvement on your sleep. Don’t expect herbs alone to cure a lifelong insomnia problem. That would take more work, including getting better sleep habits and timing your sleep better.

Herbs, like traditional sleep medication, are best used to treat short to mid term insomnia. Particularly if the insomnia is caused primarily by anxiety, excitement, or agitation.

Herbs can be a fantastic and natural way to help you get a better night’s sleep as long as you do your homework, know exactly what you’re taking, and how long you plan on taking them. 🙂

10 Ways to Improve Your Sleep Hygiene