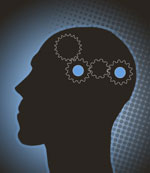 Hypnosis is a method to replace old beliefs and habits that contribute to a problem such as insomnia, and replace them with new thoughts and beliefs that naturally promote sleep.

Hypnosis is performed under trance, which is just a fancy word for a relaxed state of semi awareness. It’s the same state many of us fall into when watching television, or when you find yourself driving seemingly on autopilot. You’re still very much in control, but with a more detached sense of awareness, where your subconscious mind takes over from your conscious mind.

Trance is used for hypnosis simply because in trance, learning is most effective. Your conscious filters step out of the way, allowing more information to flow directly to your subconscious.

With hypnosis, we can fine tune and optimize these previously inaccessible subconscious processes. It allows us to program ourselves to being able to relax our body at will, fall asleep quickly and easily each night, and wake up fresh and alert in the morning. Essentially we are able to copy the internal wiring of a natural born deep sleeper, and install it into our own.

Hypnosis is very safe and available for anyone to use and there’s a range of sleep hypnosis sessions you can download and use at your leisure. The common misconception is that you lose control when hypnotized but this is simply not true, especially with self hypnosis. You choose which suggestions you most wish to implement. No one can make you do anything against your will, not even under deep hypnosis.

Unlike traditional medicine, no adverse effects have been reported when using hypnosis. Experimental physiologists have generally found the deeper their subjects go into hypnosis, the better they feel afterwards.

History of hypnosis – From ridicule to accepted treatment

The first practice of hypnosis was by Franz Anton Mesmer in 1765. Mesmer (the origin of the word mesmerize) successfully treated a large number of people by putting them in a state of trance.

During his treatment sessions, he wore elaborate long robes and waved magnets around his patients, using flashing lights to put them into a state of trance while he chanted suggestions. Mesmer believed that humans had an invisible magnetic force inside their bodies, and that by stimulating this magnetic force, he could heal a variety of ailments.

Other doctors weren’t able to reproduce Mesmer’s method of treatment. He was made out to be a fraud and he withdrew from public life.

James Braid, a Scottish surgeon, knew that Mesmer must have done something right to successfully cure all those people. Discounting the magnets, he believed it must have been due to the state of trance. He coined the term hypnotism, an abbreviation of the word neuro-hypnotism which literally means ‘sleep of the nervous system’.

Braid later found the secret was the suggestions, as he termed it; ‘a single idea held to the exclusion of others’. He tried to change the name ‘hypnotism’ to something more fitting but the term had stuck. Braid had founded the idea of hypnosis as we know it today.

The idea that the mind can influence disease was an idea way ahead of it’s time. It was as late as 1980 for the British Medical Association to officially approve hypnosis as a method of treatment.

How Hypnosis works step by step

In his book Self Hypnosis and Subliminal Technology, Eldon Taylor breaks down a hypnosis session into five distinct stages. These are pre-relaxation, induction, deepening, utilizing, and coming back.

Coming back after a hypnosis session is like waking up from power nap. You’ll feel fresh, alert, and re-energized.

When using hypnosis for sleep, you may want to stay in trance so you can fall asleep easier, so the hypnotist may draw the hypnosis session to an end without bringing you out of trance.

Many hypnotists use what’s called post hypnotic suggestions, where by a certain action is linked to a feeling experienced in a hypnosis session. For example, feeling relaxed whenever you press your thumb and forefinger together. This allows the hypnotist to bring you into trance quicker and deeper in another session, and also provides you with a powerful tool for additional control over your mind.

Where to find hypnosis to help you sleep better

You can experience hypnosis by either visiting a hypnotist or by hypnotising yourself using self hypnosis.

Probably the easiest way to use self hypnosis is to download a hypnosis MP3 that you can use to place yourself under hypnosis whenever is convenient for you. Reading a few of my hypnosis reviews to see what’s out there would be a great place to start.

Hypnosis as a powerful treatment for insomnia

Research has shown hypnosis to be very effective at treating a range of ailments including insomnia, sleepwalking, night terrors and nightmares. Hypnosis is becoming more and more mainstream. New research has recommended that hospitals provide hypnosis as standard. Even the army has adopted hypnosis, who train their medics to hypnotize wounded soldiers to control their pain, anxiety, and blood flow.

Famous hypnotist Paul McKenna notes that people spent more time programming their TVs than they do their own mind. He envisions a new age of the brain, where people take control of their mental conditioning, installing custom made positive beliefs and behaviors, enabling them to take full control over their own mind.

As scientists find increasing links between our state of mind and disease or health, hypnosis will no doubt gather even more momentum over the coming years.

3 Simple Techniques to Relax Before Bed

5 Tips for Improving Sleep when Stressed