Night terrors (also known as sleep terrors) is a sleep disorder that occurs during the first half of the night, usually around 2 to 3 hours after going to bed when the person is in a deep state of sleep. 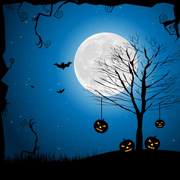 A night terror episode consists of the person appearing to suddenly sit up in bed, with a staunch look of fear on their face, shouting and screaming so loud that in some causes it can even cause them vocal damage. They have their eyes wide open, their heart and breathing rate increases and their pupils dilate. This can last anywhere from a couple of minutes to half an hour or more. Despite appearances, the person is in fact fast asleep and will have no recollection of the event.

What are Night Terrors?

Night terrors are closely related to sleepwalking, and it is common for them both to occur at the same time. During an episode, they often claim to be under attack. Just like in waking life, this invokes two separate responses:

During sleep terror episodes, it’s commonly reported that these people have superhuman qualities, where they can move faster and move heavy objects that they wouldn’t normally be able to move in waking life.

Despite the feats of speed and strength, just like regular sleepwalkers, people experiencing night terrors are often very clumsy, and are at great risk from hurting themselves by crashing into things. Remember after all, that these people are completely fast asleep.

Night terrors are much more common in children than they are in adults, and most children grow out of it in a few years. It is however possible, albeit rare, for adults to develop night terrors later in life.

Since people with night terrors have no or very little recollection of the incident, it’s a condition that often to affects the family more than it does the patent. Other than risk of injury, often the only side effect of night terrors of the patent is feeling sleepier the next morning.

Trying to wake people up when they are having a night terror is difficult and often causes more agitation, so It is best to just let night terror episodes run their course, as safely as possible.

Night terrors is a genetic condition that often runs in families. For children, it’s often caused by a delay in the maturation of the central nervous system which they grow out of over time. It is possible, although much rarer, for the condition to remain into adulthood.

Night terrors are often triggered by disturbances to sleep, which can include:

How to Stop Night Terrors

Most children grow out of night terrors but there is no underlying cure, so the focus moves to discovering what triggers the night terror episodes. By removing or limiting the trigger, night terrors can be reduced or completely stopped.

Breathing disturbances can sometimes be caused by enlarged tonsils which can be corrected by undergoing surgery.

If you suspect a full bladder may be a trigger, limit drinks in the evening and ensure they go to the toilet before bed. If multiple episodes occur during the night, waking them up after an episode and encouraging them to use the toilet can help prevent further episodes.

Noise from passing cars or from someone moving around the house at night can often be masked with the sound of a fan or by playing white noise into the bedroom.

Good sleep hygiene is often recommended as the first line of defense. It’s important to keep to good regular sleep timing, avoid caffeine and alcohol before bed, and avoid large evening meals too soon before bed.

Other methods of prevention are:

Providing a safe sleep environment is important to help prevent injury during a night terror episode. Suggestions include:

Some people find it useful to install alarms on their bedroom doors, alerting family members to when they have escaped from the bedroom during a night terror episode.

The important thing to remember is that despite appearances, night terrors do not have any psychological underpinnings. Many people who have night terrors avoid telling the doctor because they think they are going crazy. Instead, night terrors are a very dramatic result of a simple and often harmless misfire of the brain.

While night terrors cannot be treated outright, they can often be reduced or prevented. Night terrors is an alarming sleep disorder to witness, but with the bedroom made safe, there is often little adverse effects.