Nightmares are bad dreams, sometimes vivid, that often cause you to wake up. Once woken up from a nightmare, you may have problems falling back to sleep, either due to the extra anxiety or as part of a bigger problem of broken sleep. 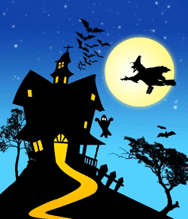 The word nightmare comes from the old English folklaw term ‘mare’, a demon who torments its victims with bad dreams.

Nightmares are common, especially in young children. They are completely normal and may come and go over periods of time. Nightmares only become a problem when they are frequent. The official medical term for frequent recurring nightmares is nightmare disorder.

Nightmares occur during REM sleep often during the later portion of the night.

Nightmares can be caused by physical disturbances to sleep, such as:

Nightmares are often triggered by fear of anxiety experienced in waking life. This can be caused by watching something scary on TV, or simply by thinking worrying thoughts.

Recurring nightmares can be attributed to a deep routed worry such as constant anxiety, depression, or post-traumatic stress disorder.

How to Stop Nightmares

Here are 4 steps you can take to stop recurring nightmares from happening.

Sleep Hygiene refers to your sleep habits. The better your sleep hygiene, the easier it will be for you to sleep well throughout the night. Dreams occur in REM, very light stage of sleep. With good sleep habits, you increase the amount of time spent in deep refreshing sleep, and less in the lighter stages of sleep.

Sleep hygiene can be improved by concentrating on these three key areas:

Young children may find a soft toy comforting for then they wake up from a bad dream.

Discover the Meaning of your Dream

Psychologist Carl Jung who pioneered the study of dream analysis described dreams as a way for your subconscious to alert you to areas of your life that require your attention. For example, missing a boat or plane in dreams is commonly understood to be caused by a sense of missing an opportunity.

By understanding and acknowledging the message of your dream, the purpose of the dream has been fulfilled, eliminating the need for the dream to reoccur.

For techniques to uncover the meaning behind even the most obscure dreams, take a look at the article Meaning of Dreams.

Imagery rehearsal is a technique to produce an alternative ending to the nightmares so they become less scary and more like regular dreams.

Imagery rehearsal helps you prepare for the nightmare by putting you in the role of the creator. The positive outlook alone from doing this may be enough to stop them occurring in the first place.

Cognitive behavioral therapy is a combination of:

Commonly this performed over a number of sessions with a doctor or a psychologist, but you may also gain many of the benefits from cognitive behavioral therapy just by talking through problems with a friend or family member, or by reassessing your own thought patterns using a hypnosis download.

Remember that nightmares are very common and will often pass with time. Nightmares only become a problem if you have them very frequently or if you are unable for fall back to sleep after a nightmare. if you have any worries or concerns, it may be worthwhile to bring up the subject with your family doctor.