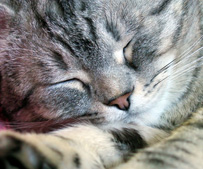 A power nap is a short nap that lasts between 20 to 30 minutes, often taken mid afternoon after lunch.

Power naps have become hugely popular in recent years but they are far from a new age fad. While the term ‘power nap’ is a relatively new addition to our vocabulary, short afternoon naps have been around for centuries.

Famous people such as Thomas Edison, Winston Churchill, and Napoleon all share the same fondness for the power nap. Short afternoon naps are a normal part of daily culture in a number of countries such as Spain, Japan, and China.

In this article we will take a look at the benefits of power naps, why and how power naps work so well, and finally, how you too can power nap like a pro.

Recent research has shown that a 20 minute power nap boosts concentration, alertness, creativity, and mood. Research from Nasa showed that pilots who take a 26 minute “Nasa nap” in flight (whilst the co-pilot takes the controls) perform 34% better and are 54% more alert.

Considering the productivity boost power naps provide and the recent research which found that sleepiness is linked to $31 billion in lost revenues each year, even big multinationals have begun to allow and even promote power naps in the workplace. Such companies include Nike, British Airways and Continental. Google have gone a step further and provide dedicated relaxation pods for its employees containing soothing music and light shows, with a gentle rumble function to wake them up after the 20 minutes have past.

As the amount of research supporting the humble power nap continues to be produced, the old notion that napping is just for lazy people is beginning to change. There is a real possibility that in the future power naps will become a part of everyday life.

Considering that we humans have historically slept in two separate chunks, and the growing evidence that suggests one big sleep at night is actually unnatural, power naps could be an early step into a revolutionary shift of our sleep habits.

So what makes these short 20 minute naps so special? Essentially, the power nap can be likened to mini sleep, but one that provides much greater sleep efficiency than your normal night time sleep. Power naps offer the perfect compromise between sleeping deeply enough to be restorative, and being able to easily wake up again.

The reason why we shouldn’t allow ourselves to enter into deep sleep whilst napping is because you can’t easily wake up from it. If you did, you would feel more groggy and less alert than you did before the nap. NREM stage 2 provides the perfect balance between restorative sleep and being able to wake up again feeling fresh and alert, and power naps are designed to maximise this type of sleep.

Power naps work so well that it is even possible to survive and thrive on just power naps alone. The Uberman Sleep Pattern does just this, requiring only 3 hours of sleep per night. Adopting this sleep pattern is not easy however. It requires careful planning and sometimes heavy lifestyle changes. Adopting this alternative sleep pattern has many practical drawbacks but it’s more effective than normal sleep and there are people who utilise it very successfully.

The best time to power nap is either mid afternoon after lunch or just before dawn. During these times you experience a natural dip in alertness due to your circadian rhythm, making it the most ideal time to power nap.

A fast way to get started with power naps is to purchase a guided power nap session that both helps you with the initial relaxation and slowly wakes you up at the end of the nap.

And that really is all there is to it. If you don’t have time for a full power nap, try napping for just a few minutes. Even short ‘micro naps’ of 5 – 7 minutes have been shown to be surprisingly effective at providing refreshment.

Never nap for over 30 minutes, no matter how sleepy you feel. If you do, you’ll enter into deep sleep which is hard to wake up from will often result in you feeling more sleepy than when you began your nap. For this reason, I advise napping for 20 minutes. For me at least, it is all too easy to enter into a deep stage of sleep at the end of the 30 minutes.

If you really want to nap for more than 20 minutes, you should instead nap for 90 minutes. That way you complete a full cycle of deep sleep, waking up easily in light sleep. Spontaneous 90 minute naps are definitely not advised since they will affect your ability to fall asleep at your normal bed time. Sleep experts advise against daytime napping for this very reason, unless they are incorporated as part of your regular sleep pattern.

Power naps are a useful item in your toolbox for when you need a quick refreshment break, but don’t become overly reliant on them. It is always better to look at the root cause of sleep deprivation. Take a look at the causes of insomnia article for more on this.

For some extra power napping tips, take a look at the infographic the benefits of napping.

The Benefits of Napping