Despite appearances, sleep is much more than a state of inactivity. There are 4 stages of sleep that make up two completely different types of sleep. These two types of sleep are:

The body cycles between these two types of sleep every 90 minutes in what’s called the sleep cycle. See the stages of sleep article for a diagram of types of sleep we enter into during different parts of the night.

But why do we have two different types of sleep? Wouldn’t it make sense if we just went into deep NREM sleep and stayed there? Why are we interrupted by active REM sleep when the quality of our sleep is defined by how much time we spend in refreshing deep sleep?

To find answers to these questions, let’s look at the benefits each type of sleep provides for clues as to why we have these two different types of sleep.

NREM – The First Type of Sleep

NREM sleep is what people most commonly associate with sleep. Your brainwaves become progressively slower until you reach the deepest stage of sleep, NREM stage 3, or slow wave sleep as it’s commonly called.

Deep sleep is essential for restoring energy and allowing the body to undergo maintenance. While in NREM sleep:

Without enough deep sleep, all of these processes will be hampered.

While under the deepest levels of sleep the brain reorganizes the many mental pathways within the cortex. This process is critical for learning and ongoing brain development.

REM – The Second Type of Sleep

For this reason, REM isn’t really what we would consider sleep. We’re not asleep in the sense that the body turns itself off, but we’re not awake either. So what’s the point of REM if we’re neither asleep nor awake?

When you’re awake the majority of your mental input is coming from your surroundings, but when you’re in REM, all this mental stimulus being generated by the brain itself.

This internal mental processing is believed to help to process memories and form new skills. The brain is awake but the body isn’t, so it’s the perfect time for your brain to reorganize the vast amount of thoughts gained during the day.

Dreams, which make up a lot of REM sleep, are believed to help you with this too. Songbirds have been shown to practice new mating calls in their dreams that they heard then they were awake.

Why Do We Have Two Types of Sleep? 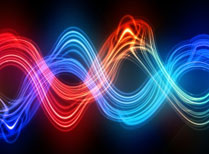 You go into NREM sleep as soon as we fall asleep, suggesting that NREM might be the most important. REM only gets its turn later in the night after you’ve first completed a cycle of NREM sleep.

While we need NREM, we don’t appear to need REM sleep after childhood. The brain stimulation is critical for proper brain development. When we were still a fetus or a small child who hadn’t yet developed the senses, REM sleep is the only proper stimulation the brain would get. But when we’re older we can get this stimulation from the outside world.

People deprived of REM sleep, either through an experiment or through the use of some types of antidepressants (that have the effect of blocking REM sleep) don’t appear to develop any major health problems.

REM interrupts deep sleep in 90 minutes cycles throughout the night. Maybe this is because deep sleep cannot be sustained for long periods of time. Such inactivity could be bad for the brain. Maybe coming out of deep sleep prevents us from having too much sleep, which we know can be harmful.

Maybe then REM is a way of waking up the body, without causing you to regain awareness. If the body woke you up then you would be faced with having to fall asleep again. Many people find it hard to fall asleep the first time at night, never mind after every 90 minutes of previous sleep. Instead, if the brain becomes active but keeps you asleep, it removes the need to wake up and fall back to sleep, and the brain can send you back to sleep whenever it wishes.

Perhaps also REM sleep aids our survival by making us semi aware of our surroundings every 90 minutes. Being deeply asleep increases the risk that we won’t be alert enough to be alerted to danger. But in REM sleep, we would be able to wake up alert and act quickly.

There still remains a lot about sleep we don’t know about. Whilst there are many theories as to why we sleep there’s no one answer that all scientists can agree on. The process of falling asleep is much more complex than scientists once thought. Why we have two types of sleep and which type of sleep is best? We have hints that they both contribute to our restoration and development in unique ways, but no one yet knows for sure.