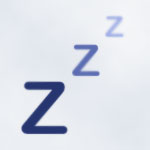 We spend a third of our lives sleeping. A huge proportion. We know that we need sleep. Without it we suffer a whole range of sleep deprivation effects and without sleep we eventually die.

But why do we sleep? Surely there must be a really good reason to spend so much time sleeping. If that third of our lives we spent asleep could be put to better use, then surely we would evolve without needing sleep. But instead, we haven’t yet found an animal that doesn’t need sleep.

So there must be some big advantage sleep provides that nothing else can. So why do we sleep? Here are 5 theories, from the earliest recorded explanations to the present day.

Theory #1 – To separate the blood

One of the very first explanations as to why we sleep comes from a manuscript written in 350BC called On Sleep and Sleepiness, from the famous ancient Greek philosopher Aristotle.

Aristotle thought that sleep was a necessary process to separate the blood after the body digested food. He believed that digested food releases vapors. These vapors rise and contaminate the blood in the upper half of the body next to the heart. This has the effect of making you feel heavy and wanting to lie down. The body cools, making the eyelids drop and sending you to sleep. During sleep, the body separates the purest blood to the upper half of your body and the murkiest blood to the lower half.

It’s a nice explanation for sleep, but it doesn’t hold any fact. The kidneys help to clean the blood so there’s no need for any separation between pure blood and impure blood.

He was right that people feel tired after eating, but not for the reasons outlined. Instead, tiredness after eating has been linked to the increased level of insulin that’s released into the body during digestion. Insulin increases the serotonin and melatonin, two key chemicals associated with drowsiness.

Another explanation as to why we sleep that involves blood. This theory suggests that blood slowly drains out of our brain during the day through the force of gravity. The less blood in the brain the more sleepy we become. When we have finally succumbed to sleepiness, we lie down horizontally so the blood can flow back into the upper half of our body and back to the brain. Once the rebalancing is complete, we wake up.

There’s no scientific basis for this theory either. We humans like to sleep lying down, but animals such as elephants and horses spend much of their time sleeping whilst standing up. Some Buddhist monks have trained themselves to sleep sitting up.

The reason for lying down during sleep is because during a type of sleep called REM, our muscles become completely paralyzed. It’s a self imposed paralysis produced by the body to prevent us from getting up and acting out our dreams which occur the most during REM sleep. This is different from sleepwalking which occurs in deep NREM sleep.

Theory #3 – To hibernate from the night and keep safe

We can’t see very well at night which from an evolutionary standpoint makes us vulnerable to predators. For this reason, and because we can’t do anything useful during the night such as search for food, perhaps then sleep is there to keep us safe. Instead of wandering around in the dark, we feel the need to find somewhere safe, keep still and fall asleep.

Theory #4 – To take our body offline for maintenance

When we’re in deep sleep our brainwaves are at their slowest. This deep rest makes it the perfect opportunity to perform vital maintenance on the body. You can’t repair a car engine without first turning it off, so perhaps your brain works in a similar way?

Research definitely appears to support this theory. Sleep has been shown to help us heal wounds, aid the body’s defenses and replenish the muscles.

Research has shown that we sleep more when we are ill and after vigorous physical exercise, two occasions where the body would need to take more time to restore itself. The very deepest stages of sleep has been linked to the reorganization with the intricate mental pathways in the brain.

This theory sounds good, but we’re not always inactive during sleep. We cycle between states of deep sleep, known as NREM sleep, and a very active type of sleep called REM sleep. During REM our brain is so active that our brainwaves look similar that if we were wide awake. So while this theory may explain the reason for deep NREM sleep, it doesn’t explain the reason for REM sleep. This theory is only part of the overall picture.

Theory #5 – To process information and develop the brain

The brain is very active during REM sleep, scans show that some areas are a lot more active than others. The area of the brain responsible for memories is sometimes more active in REM sleep than when we’re awake. So maybe this type of sleep has something to do with processing memories and learning skills?

Research has shown that people spend more time in REM sleep when learning a new skill such as a foreign language. Depriving people of REM sleep harms memory recall, while allowing more REM sleep improves it. It has been suggested that those who learn the quickest experience a greater proportion of their sleep in REM.

There is also evidence that dreams aid this learning process. Songbirds have been shown to practice newly learnt mating calls in their sleep. Perhaps then one of the purposes of dreams is to help us develop new skills by practicing them in the safety of our own mind.

So why do we sleep?

Sleep is most likely to be a combination of theory 4 and theory 5, but no one really knows for sure the exact reason as to why we sleep. There’s no one accepted answer that all scientists can agree on.

Different scientists come to different conclusions based on the data we currently have, so more research is needed before scientists can provide a conclusive answer.

Why do we Need Sleep?

Sleep Research - Who Sleeps Best & How we can all Sleep Better