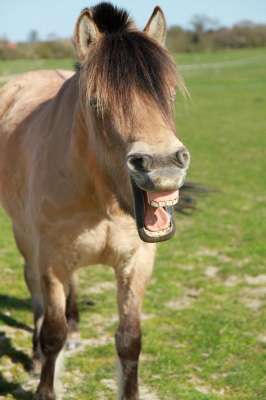 Yawning is an involuntary action, and something we do before we’re even born. Researchers have observed fetuses yawning from just 11 weeks old. It’s not only us humans who yawn. Fish, snakes and every animal with a backbone yawns.

Watching someone else yawn, thinking about yawning, or even just reading the word “yawn” increases the rate in which we yawn ourselves. Dogs and primates such as chimps and baboons also find yawning contagious, but all other animals don’t.

We open our mouths wide, take in a long deep breath filling our lungs, sometimes stretch in the process, and then relax breathing out some of the air. But exactly why do we yawn? It’s a simple question but one that has baffled scientists for years.

In this article we’ll look at the various theories to try and discover the mystery behind why we yawn.

Scientists set out to test this popular theory. Researchers from the University of Maryland placed people in four rooms containing various levels of oxygen. Whist those in the room with less oxygen breathed faster, there was no increase or decrease in the rate of yawning.

Further research has gone on to prove that controlling oxygen and carbon dioxide levels does not control yawning rates, putting an end to this once highly regarding theory.

After having shot down one theory, the same team of researchers from the University of Maryland went on to test the theory that we yawn because we are bored.

They placed student volunteers into two rooms. One group watched music videos, whilst the other group watched a color bar test pattern, deliberately intended to be boring. The ones that watched the color test were found to yawn more frequently and for longer.

Rather than being a sign of falling asleep, some argue that yawning is a way for the body to become more alert. We yawn when we wake up in the morning, athletes yawn before competing, and it’s not uncommon to yawn before sex. In these situations, the body is certainly not winding down for sleep, quite the opposite.

Increased yawning has even been linked to the fight or flight response, invoked when we’re under stress. Paratroopers yawn before they jump out of an airplane, and dogs have been observed to yawn just before they attack.

When we yawn our heart rate increases by as much as 30%. Yawning is often combined with a long stretch which increases blood flow to the muscles, keeping them active and preventing them from cramping. The wide open jaw also stretches the ear drums which may increase levels of hearing.

Yawning could be an outlet for stress known as a displacement activity, something we do when we feel uneasy but when there’s nothing we can do about it. Stretching the mouth would serve to shed some of the excess adrenalin.

So yawning may be a way for our bodies to keep us alert and active, a useful evolutionary trait when we had to be on the lookout for predators.

So we now have some understanding as to why we might yawn, but why are yawns contagious? Why do we yawn just because we see someone else yawning?

Research from the University of Pisa in Italy showed that we yawn most with our closest friends and family, and least with strangers. Dogs also find yawns contagious, and similarly yawn more with people they know and less with people they don’t.

Researchers from London found that children with autism, a disorder that affects social interaction skills, found yawns less contagious than children who didn’t have the disorder and that the more autistic the child is, the less frequently they’ll yawn back.

Contagious yawning is a phenomena only found in animals who hold strong social bonds such as dogs, humans, and primates such as apes and baboons. Babies only start yawning back once they become more sociable between the ages of 1 to 4 years.

This has lead researchers to conclude that finding someone’s yawn contagious represents a sense of shared empathy. Yawning has therefore been dubbed as a compliment by researchers. Rather than a sign of rudeness, someone yawning at you demonstrates the personal connection they have with you.

Theory 5: To Cool The Brain

Yawning is way to regulate brain temperature, so says one of the latest theories of yawning coming from the University of Albany in 2007.

The brain burns up to a third of the calories you consume, so it gets pretty hot. Just like a computer chip, your brain works best when it’s cool, enabling it to think clearly and keep alert.

Research has confirmed that people yawn more frequently when their brain is likely to be warmer, and research with animals also supports this.

So for this theory to be true, people would yawn only if the outside temperature was cooler than the temperature of the fluids inside your brain, otherwise the act of yawning would warm rather than cool the fluids. This too was tested by researchers, whose results confirm that people in cooler climates yawn more frequently than those in warmer climates.

Methods to cool the brain such as cooling the forehead with a cold towel or breathing through the nose, known to send cool air to the brain through the sinuses, has been found to practically eliminate yawning which further supports the brain cooling theory.

So Why Do We Yawn?

But not everyone is convinced by the brain cooling theory, and so there remains to be a universally accepted reason as to why we yawn.

The reason for yawning could be anything from a critical function for mental performance and social interaction, or it could just be a hard wired primal reflex yet to be abandoned by evolution, or it could be something else entirely. The truth is that nobody knows for sure why we yawn.

Explanations as to why we yawn has surged scientific interest, with further research expected to improve our understanding of how the body works, and also the psychology behind human relationships. There’s certainly a lot more to a simple yawn than we previously thought.

Why do we have a Fear of the Dark?

How to Interpret the Meaning behind any Dream